Marilyn R. Gardner is an adult third culture kid who grew up in Pakistan and then lived as an adult in Pakistan and Egypt. She birthed 5 kids on 3 continents and went on to raise them in Pakistan and Egypt before moving to the United States. She currently lives in Cambridge, MA, just 15 minutes from the international terminal where she flies to the Middle East & Pakistan as often as possible. She is the author of Between Worlds: Essays on Culture & Belonging, and her newest memoir, Passages Through Pakistan: An American Girl’s Journey of Faith (click on the titles to check out the books at Amazon). Because of her passion for the Middle East, 50% of all royalties for any purchase of Passages goes towards refugee work there. She is also a prolific blogger at Communicating Across Boundaries (click on the blog title to check out Marilyn’s blog).

You can read more about how Kerry knows Marilyn and why he is celebrating her during International Women’s Month by reading yesterday’s post by clicking on “Loving the ‘Other.’“ 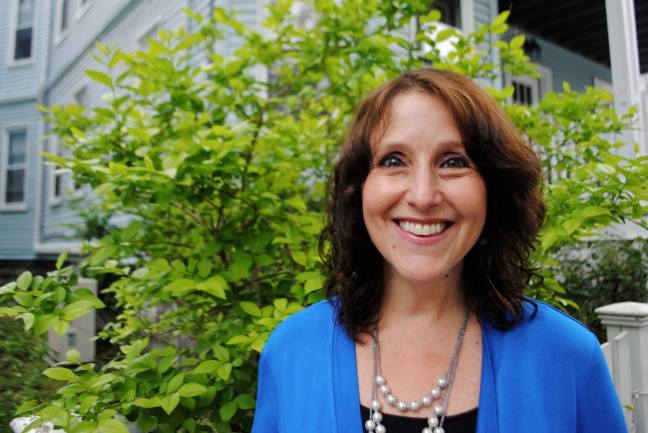 Every September, when cool breezes off the Nile River replaced the sweltering heat of summer, the expatriate community in Cairo, Egypt would reunite. Most employers planned a variety of activities to introduce any newcomers to Egypt in general, and the gigantic city of Cairo in particular.

Our employer, the American University of Cairo, put together an orientation week full of events and talks all designed to ease these overwhelmed rookies into life in both the city and the university. It was during orientation week that I met Lubna for the first time.

On the first day, I noticed Lubna standing alone at the break. I ignored my conscience and left her alone. On the second day, the internal nudge was too strong to ignore. I felt compelled to go and speak with her. I was nervous. Lubna was fully veiled. She wore both the abbaya (long black coat) and a niqab, the veil that covered all but her eyes. While I was used to communicating with women in the hijab (head covering), I had no friends who wore the full veil and I felt my discomfort acutely. I stumbled a bit as I asked her how long she had been in Cairo.

After seconds, we were engrossed in a dynamic conversation and within minutes found significant commonalities. Raised in Canada by an Egyptian family, she had married a Tunisian man who had immigrated to Canada just a few years before. She had one child, a baby girl.

A couple of weeks later, Lubna invited me to her home. Until this time, I had only seen her at outside events and I looked forward to being able to sit with her over tea and get to know her better. I arrived at her apartment around 10 minutes late – a little early for a Middle Eastern visit. I knocked on the door and a beautiful woman with long, dark hair that curled around her face answered the door. With exquisite make up and a chic outfit, she was lovely. I stared at her and in a halting voice explained that I was there to visit with Lubna. Was she available? The woman burst into laughter. “It’s me, Marilyn!” She laughed. “I can’t believe you didn’t recognize me!”

I had already seen Lubna numerous times, fully veiled with only her eyes showing. I was stunned at the contrast. As we laughed, she vowed she would never let me forget this first reaction.

Lubna and her husband were conservative Muslims. The niqab was the visual evidence of this, but this was really only one piece of the whole. Islam was a way of life, not just a religion of words. Lubna and her husband ordered their lives according to Islam, from the Call of Prayer (azzan) at the first light of dawn to the last echo heard across the city before bed, this was who they were.

Our commonalities were significant, our interactions over everything from faith to family were rich and interesting. But as our friendship developed, a curious side effect emerged. I experienced a crisis of faith. I had always imagined my faith to be far deeper and stronger than those who did not adhere to my truth claims. While I could acknowledge the faith of another, in my mind their faith was not as strong, not as binding.

As I grew to know and love Lubna, I entered into a new understanding of faith. Her faith was zealous and sure, providing her with a cement foundation not easily moved. I struggled as I watched her. How could her faith be just as strong as mine? As a Christian didn’t I have a market on faith?

It was through Lubna that I learned I didn’t and I don’t have a market on faith. It was through Lubna I learned that I could hold fast to my truth claims, yet still develop a deep friendship with another – not compromising, not betraying what I believe, but connecting within relationship. The orthodoxy of our faith defined our truth claims and the goal was not that we would agree – the goal was that we would communicate, that we would become friends without strings attached.

It’s been many years since Lubna and I shared tea and life together, but many others like her have come into my life; others who have taught me valuable lessons on connecting and offering friendship without compromising on truth claims. With each of them I have remembered what Lubna taught me about listening and loving, learning and enjoying. And I remember that this isn’t about forcing a faith, it’s about forging a friendship. 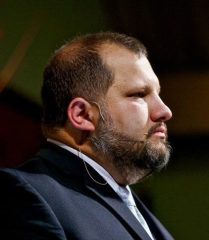