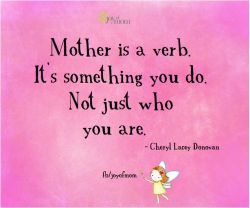 I have had the privilege of having some amazing women influence my life.  One of them I had the privilege to call “mother” because she gave birth to me and raised me.  She introduced me to God and was the first to demonstrate what a strong devotional life should look like.  To read more about her you can click on the following post title and read “God’s Voice Sounds Like My Mother” from this series.  She continues to be an example of a woman who spends time with her Lord daily.

I also had the privilege of calling Von Schreier “mother.”  She was my mother through marriage.  Though she passed away over a decade ago, her life and words continue to form who I am.  To read a piece that I wrote in honor of her for this series click on the following title, “My Barnabas Was a Woman.”  I had learned so much from her and in many ways she was the original “blogger” long before blogging was a thing.  She had a list of over a hundred names that she would email with words of encouragement.  Because she is no longer with us, however, I asked my wife Stacy to write a post last week about something both she and I learned from her mom; you can read that post by clicking “Seeking Stillness.”

Both of these women had and have a tremendous influence on my life.  There is, however, another mother that was a mother to me.  A woman not related to me by blood or marriage — JoAnne Tschetter.

JoAnne was “the pastor’s wife” when I was growing up, and she did that well, but she was SO MUCH MORE!  To me, she was the director of Vacation Bible School, she was the story teller, she was the infectious laugh in the room, she was a source of never ending encouragement, she was a second mother to me.

In Romans 16, Paul has a list of people that he thanks and sends special greetings to in the church of Rome.  This is more than just a list and you can read a post that I wrote about this by clicking “More Than a List” which introduced the series “Celebrating Women.”  In this list Paul names numerous women, and one of them he addresses as “mother.”

“Greet Rufus, chosen in the Lord; also his mother,
who has been a mother to me as well.”
Romans 16:13

No one could ever replace my mom, and I cannot imagine having a more encouraging and godly mother-in-law than, Von.  There is something, however, that is amazing about having someone that invests in you like a mother when there is no “blood” or “marriage” responsibility to do so.  For me, that was JoAnne.

JoAnne died from ALS in 2000.  I remember visiting her fairly late in her battle against ALS.  She couldn’t walk and she struggled even with speech.  What I remember about that visit the most, however, is that she still encouraged, she still told stories, she still was the infectious laugh in the room.  She was an amazing woman, and the legacy of her encouragement, storytelling, devotion to God, and so much more lives on in the lives of her own two daughters and others of us to whom she was also mother.

Like Paul, I’ve had the privilege of some amazing women in my life.  And like Paul, I’ve been blessed by a woman “who has been a mother to me as well.”  I’ve asked one of JoAnne’s daughters to write tomorrow’s blog about the idea of “second mothers.”  If you’ve been following this blog, you have met her already she wrote “The Power of Childhood Friends.”  You will be blessed by her post tomorrow as many of you were by her previous post.

I would encourage each of you this weekend to thank the women who have been “mother” to you.  If they are no long living, continue their legacy of care and nurturing by reaching out to some else that needs encouragement.

I welcome comments and questions here on the blog or via private communication.
Join 28 other subscribers